Docker can help streamline development teams by packaging all code and dependencies like system libraries and settings. Docker is similar to a virtual machine, but much more efficient. Packing up code in a “container” improves application performance and allow the application to run in different environments. Containers provide a clear separation from the code and application’s environment so it will function as intended despite potential differences in the development and staging environments. Containers virtualize operating systems instead of hardware.

Docker’s screenshot below outlines how Docker acts as a layer of separation between the host and the various containerized apps. Docker is open source and supported by Linux, Windows, data centers, and cloud hosting providers like Amazon Web Services (AWS). Docker lets you use almost any database and servers that you want – it’s great!

Why Programmers Should Use Docker

There are many benefits when working with Docker that development teams loves:

Lightweight: Docker is able to use your computer’s resources, it doesn’t require you to allocate more memory – it just uses as it needs it. Additionally, it will share libraries between the containerized apps so you only need to download the libraries once.

Efficient: When you start Docker, it will automatically pull down all relevant bins, database libraries, etc.

Portable: If everything is working on your PC using Docker, you can easily ship off your app as needed. Developers can focus on coding and not worry about the system the application will ultimately be running on.

Open Source: It can be extended to meet developers’ own needs if there are additional features needed that don’t come out-of-the-box. 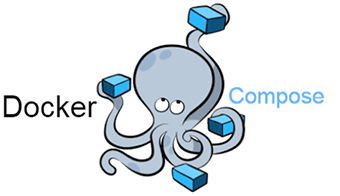 Docker Compose is an extremely valuable toolset available to development teams. Docker Compose File is a tool that allows programmers to create environments and interact with them. It allows you to configure all application dependencies (e.g. databases, APIs, etc.). The Compose command line tool lets you easily create and run one or more containers with a single command.

The Compose file created is a YAML. YAML is human friendly data serialization standard for all programming languages. This file defines services that make up your app so they can be run together in an isolated environment. You may also use JSON.

Docker Hub is a service provided by Docker and is the world’s largest library and community for container images. Docker Hub provides the following features:

Free (For Individuals): This plan includes basic Docker tools for every developer, including unlimited public repos and one private repo.

Docker offers many web-based tutorials, as well as a beginner’s guide to help get your toes wet before you dive right in. Here are some resources for you to check-out:

Create a Docker Labs account and check out this playground tool to help you learn about Docker images.

Comments
There are no comments yet. You can be the first!
Leave a comment
Your comment will need to be approved before it will be displayed.
Back to blog listing
Next: 5 Tips to Maintain Productivity and Stay Connected While Working Remotely